We will try to bring a little beauty of the area:

Bodoň are the remains of a castle built on the bedrock of Sigord. The origin of the castle by the first written record dates back to the 13th century. After the Tatar invasion in the late 13th century it was seriously damaged and no longer renewed. Castle Thus there seems to be only a few decades.

Currently there are traces of a small castle on the rocky plateau, on the edge that is larger regular mound – traces of the peripheral walls. Traces of stone towers are the highest part of the platforms, and today can be read at the circular floor plan. Other traces of brick buildings on the platform are not, but probably on the platform were also other wooden residential and farm buildings.

For the demolition led a large trail of gold mines and Sigord. 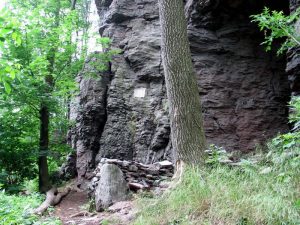 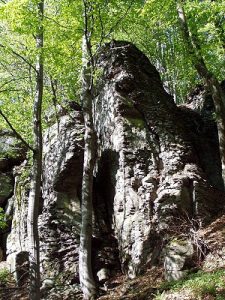 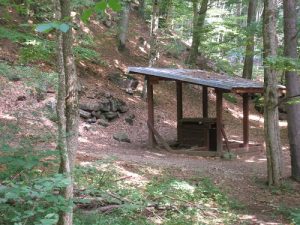 The unique Dubník ́s opal mines are located in the middle of northern part of Slánsky mountains. From Prešov they are 28 km away and from Košice 35 km away. From Červenica is the former administration center of the noble opal mining, now anabandoned settlement, about 3 km away and from Zlatá Baňa about 5 km away. Dubník ́s deposits of noble opal, larger and more extensive Libanka and smaller Šimonka, are an outstanding phenomenon from the global world point of view. Nowhere in the world the noble opal was mined in ordinary mining in such a large extent and so long ago.

The noble opal, like other kinds of common opal is a hydro-gel with fluctuating amount of water. Its chemical formula is SiO2.n H2O. The content of quartz in the Slovak noble opal fluctuates from 89,0 – 93,3% and water content from 6,1 –10,9%.The opal develops from low thermal post volcanic solutions by precipitation of a gel-like quartz substance .Beautiful and typical color play and opalizing of nobleopal is caused by light interference on interfaces of submicroscopic layers of gel like opal tiny balls. On the beginning of noble opal mining on the Slovak territory no written data have been preserved. The oldest information on noble opal at all comes from approximately
500 BC from the works of Greek and Roman authors. Relatively detailed information is supplied by Plinius in his work Naturalis Historiae Libri XXXVII , where he writes, among other things, “ no other noble precious stone is
so pleasing by its appearance to the eye” . It is quite possible, that the beginning of opal mining might reach up to
the pre-Roman times 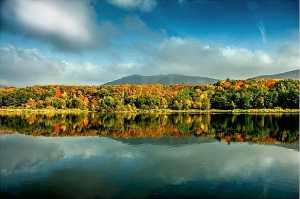 was built originally for the purpose of flood protection, which is used for bathing, for water sports and in winter for skating as well. This tank was later deleted. This was due to its disrepair – technology namely dams destroyed by vandals and thieves robbed metals. Recreation area subsequently fell. Between 2011 – 2012 the tank is refurbished and re-filled the embeded fish. At present, it is mainly used by fishermen can be in it but at your own risk and bathe …

The nearby swimming pool can be found a few meters from our resort. 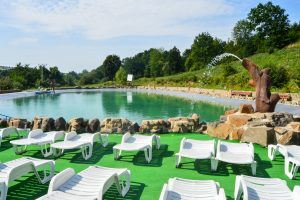 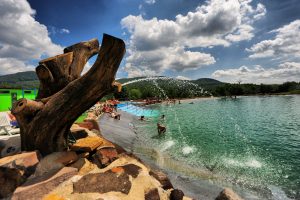